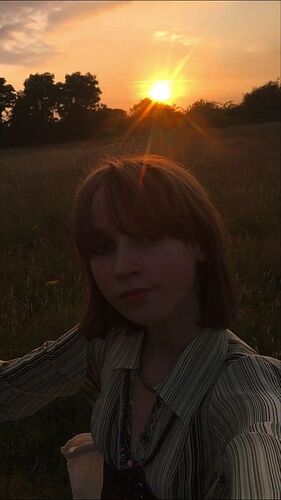 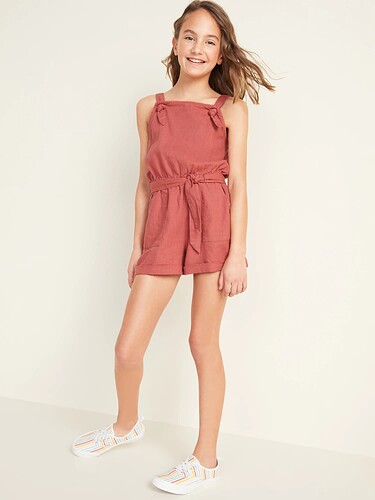 image1500×2000 78.2 KB
[name_f]Catherine[/name_f] ‘Cat’ [name_u]Riley[/name_u] [name_m]Gallagher[/name_m] [12] is one of Jules’ siblings though not the youngest. She was pretty close with them and was devastated when her parents threw them out. She kept in secret contact with [name_u]Jules[/name_u] via hidden social media accounts that she accessed on her school laptop. The two siblings talked about hoping to one day see each other again, it was perfectly fine until Mr. [name_m]Gallagher[/name_m] discovered the accounts when [name_f]Cat[/name_f] forgot to close the tab after messaging her sibling. Her father was furious and smashed the laptop before confronting [name_f]Cat[/name_f], he grabbed her arm and gave her a spiral fracture in the process. Then Mrs. [name_m]Gallagher[/name_m], hearing the commotion, entered the scene and yelled at both her husband for his actions and her daughter for disobeying her and contacting [name_u]Jules[/name_u]. The fighting got so bad that the neighbors called the cops. During the officers examination of the scene they noticed Cat’s injury and took her to the hospital against the Gallaghers’ requests. Once there they noticed the fracture and knew that those kinds of breaks come from child abuse. This is what lead to [name_f]Cat[/name_f] and her other siblings to be removed from the home, 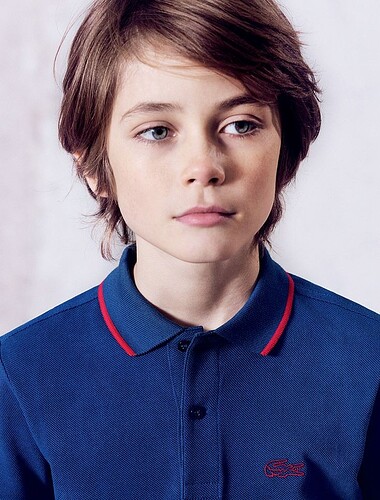 [name_m]Andrew[/name_m] " [name_u]Andy[/name_u] " [name_m]Thompson[/name_m] [name_m]Gallagher[/name_m] (10) is the second youngest of the four and brother of [name_f]Cat[/name_f] and [name_u]Jules[/name_u]. Although he wasn’t a witness to the awful event that specifically led to [name_u]Andy[/name_u], [name_f]Cat[/name_f] and their little brother being removed from their parents custody, he overheard the argument and attempted to leave his room to check on his sister, only for Mrs. [name_m]Gallagher[/name_m] to appear and scream at him to get back into bed. The environment [name_u]Andy[/name_u] was raised in had contradictory toxicity: on the one hand his parents demanded absolute obedience, but in the same breath, Andy’s father pushed archaic masculine ideals on him, demanding he conform to what Mr. [name_m]Gallagher[/name_m] personally approved of, which included a degree of confidence entirely impossible given the way he was treated. This ultimately led to [name_u]Andy[/name_u] having a very poor sense of self-worth, and he tends to still have moments of doubting himself, which his grandparents have been working hard at to try and free him of.

Personally, Andy’s interests are based in reading - he’s actually a big fan of ghost stories, as well as mysteries - and plays tennis with his grandma, as well as being involved in climbing with the encouragement of [name_u]Jules[/name_u]. Being reunited with them has meant the world to [name_u]Andy[/name_u], who was terrified he’d never see his sibling again, and he spends as much time as possible [given that it’s what they want, as he doesn’t want [name_u]Jules[/name_u] being overwhelmed by siblings making demands of their time]. He’s also got a strong bond with his younger brother, who Andy’s relieved was less hit by their father’s draining mentality and attempts at forcing his elder son to embrace it, and some would say he’s the most emotionally sensitive of the quartet: a title his siblings and grandparents want [name_u]Andy[/name_u] to accept as a compliment, opposed to the diminishing way Mr. [name_m]Gallagher[/name_m] would have framed it. 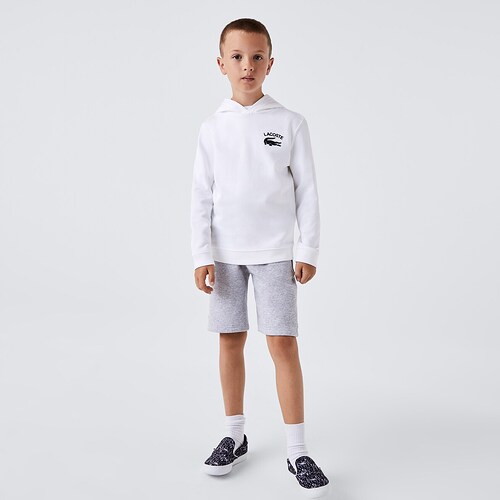 [name_m]Pasco[/name_m] is a month older than [name_u]Holly[/name_u] and just turned 8, his fave bday since it’s the only one where he’s felt safe. He’s one of Holly’s two “kindred spirit” friends and he loves magic, although he’s more of the wizardly type. [name_m]Pasco[/name_m] loves ghosts too and hearing them from [name_u]Andy[/name_u], [name_m]Pasco[/name_m] “ain’t afraid of no ghosts”. He looks up to [name_u]Jules[/name_u] and [name_f]Cat[/name_f] as well, not just because they’re older, but because they’re so strong and resilient after what they’ve been through. It’s truly awful it had to be this way. 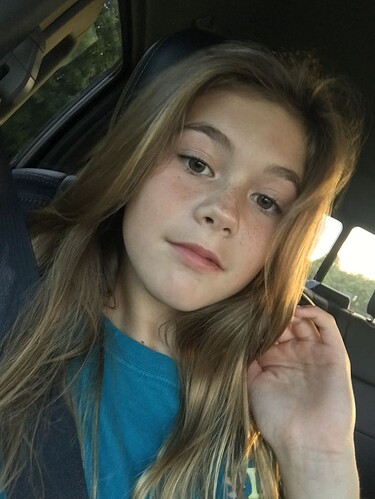 [name_f]Ashlynn[/name_f] [name_f]Soledad[/name_f] Campanos (8) is Holly’s other ‘kindred spirit’ friend and more recent acquaintance of [name_m]Pasco[/name_m]. She’s less confident around new people than [name_u]Holly[/name_u], which is why her meeting [name_m]Pasco[/name_m] took longer to occur, as [name_f]Ashlynn[/name_f] sometimes worries about a third wheel situation developing - even if she can’t necessarily guess who’d end up feeling pushed out, as in spite of her shyness, she’s not always the one who ends up on the sidelines. Holly’s bright demeanour does rub off on her though, and when they hang out, Ashlynn’s sense of humour is able to flourish, something she’s proud of. She’s actually quite academically talented, especially at mathematics and geography, although she isn’t sure if STEM would be the route she wants to go down, and her parents have assured her that whatever route she goes down, they’ll be in complete support of it.

As the second of three kids, Ashlynn’s parents didn’t plan any of their pregnancies, something evident through the age gaps between the children: Ashlynn’s older sister’s 19, whereas her brother’s just celebrated his first birthday. While she’s young, [name_f]Ashlynn[/name_f] could tell there were nerves when her mom became pregnant for a third time at 43, and her older sister became a pillar of strength to her in this time, as her dad was also notably on edge, meaning she didn’t want to press him too hard. Her big sister’s someone [name_f]Ashlynn[/name_f] tends to revere but also be a little distant from on account of being so much younger, not wanting to feel lost in her shadow while admiring her achivements and quiet form of confidence, something she wants to emulate herself eventually. Now her sister’s moved into an apartment with some friends, Ashlynn’s allowed to visit and loves talking to the students, having a natural fascination with the stories of other people - arguably influenced by her dad being a biographer, granted she’s not opposed at the idea of following in his footsteps. 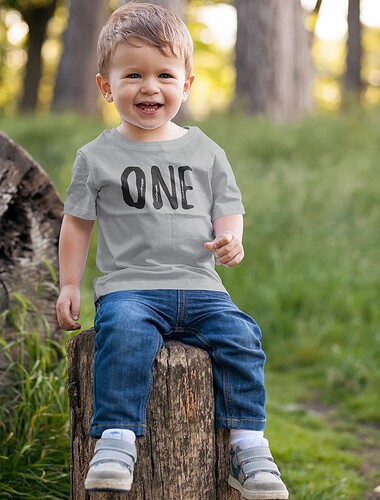 image769×1010 80.7 KB
[name_u]Kody[/name_u] [name_u]Evian[/name_u] Campanos [1] is Ashlynn’s baby brother. He’s just celebrated his first birthday with a photoshoot curtosy of his maternal aunt who’s a professional photographer. He’s set to have a Batman themed party this upcoming week since that’s his favorite superhero, something he shares with his father who’s read him various Batman themed stories since he was just a baby.

Though he’s so young he has a lot of love for all his family members and cried when his oldest sister moved out. Though she’s come back to play with him pretty much daily since she left. Now and then she invites [name_u]Kody[/name_u] and [name_f]Ashlynn[/name_f] to come over to her place, with her roommates permission, to spend the night so their parents can go out on a date with the only caveat being “Don’t make us anymore siblings!” 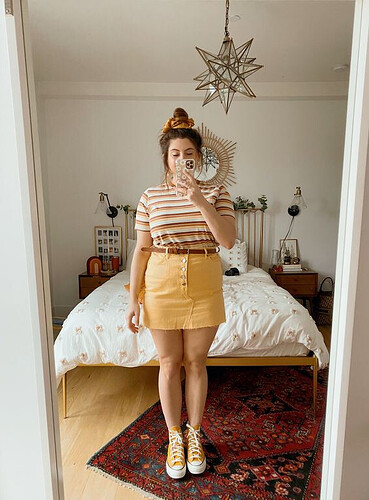 Annalisa Brielle “Anna” Campanos [19] is the eldest sister of Ashlynn and Kody. She is a freshman studying sociology. This is her first move away from home, and although Anna loves her family dearly, deep down she is glad to live without feeling the constant responsibilities of an older sister.

Anna rents an apartment with three of her friends. They have been together since high school, and although their interests have now diverged, the bond between the girls is still very strong. Anna felt this especially a few months ago, when she found the strength to get out of a toxic relationship. Her ex-boyfriend manipulated her, abused her, and almost raised his hand against her. The support of her friends in breaking up this unhealthy relationship proved to be indispensable.

Anna is fond of design and hand-made. She enjoys making ornaments, decorating her room, and creating different looks. From time to time she has small parties with Ashlynn, letting her sister try on her clothes and do some light make up.

Anna works part-time as a barista at a small coffee shop near the college. She really enjoys this job and interacting with customers, among whom she has made some good acquaintances. 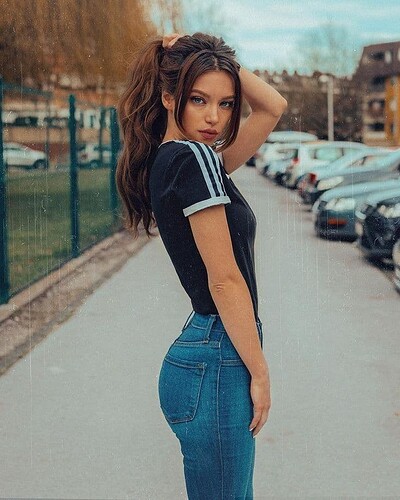 image736×920 73.7 KB
[name_f]Deja[/name_f] [name_f]Mirabel[/name_f] Ruiz-Walter [19] is the one of Annalisa’s roommates, though she is not at school with her friend as she is instead pursuing modeling on her own. She competed in pageants as a child and is currently self-managing her career with the help of an instagram account she runs to showcase the self-timer photoshoots she does in her free time. Through one of Anna’s other friends from college who’s sister is an aspiring designer she’s set to get her first big gig in a local runway show.

She’s the only daughter of an interracial couple, her mother is half-Mexican and her father is Caucasian. When she was born her father said she looked exactly like her mother and insisted that they name her [name_f]Deja[/name_f] after ‘Deja Vu.’ Both her parents are pretty supportive of her choice of career though her father is secretly saving away money in case she ends up crashing and burning and crawling back to her and her mother.

She loves Annalisa’s handmade decorations in their apartment and thinks that they really make the place feel homey and comfy. She spends a lot of time at Anna’s place of part-time employment where she edits her photos and tries to email potential agencies who might want to take her on as a client. While there she’s had her eye on one of the regular customers but has been too shy to actually make a move on them. She always tells [name_f]Anna[/name_f] and their other roommate about the crush she has and both of them are kind of getting sick of it.

In an attempt to put the matter to rest they hatched a plan, the next time her crush comes in, Anna’s going to write Deja’s number on the cup!