Back to announce my new arrival :D

I used to be a mod here a very long time ago! I’m not sure if anyone will remember me but I still wanted to come and make an announcement anyway. It finally happened! After obsessing over names for most of my life I actually got to use one on a human when I became a mum for the first time on the 24th of [name_u]November[/name_u] 2020. 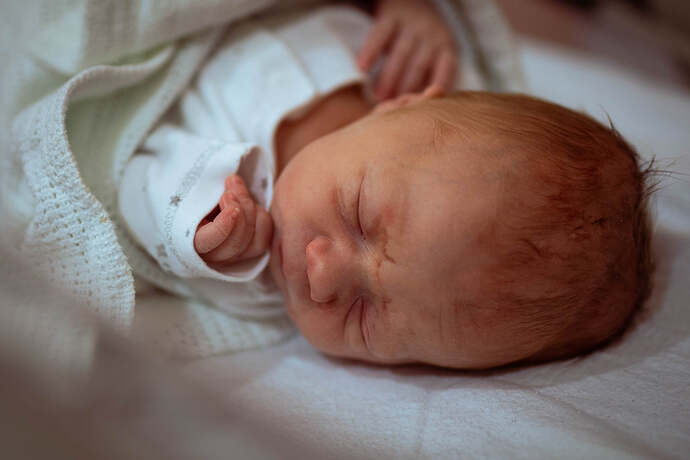 Excuse all the dried blood on his face. He was about twelve hours old when my husband took this photo.

Gilbert was one of the only names my husband and I could agree on despite having very similar taste in names (traditional but obscure). I don’t think it was even on my original name list. He gets called [name_u]Gilly[/name_u] for short. We get a good reception in regard to his name as people recognise it but then also recognise that they never hear it. We also get a lot of ‘Oh like [name_u]Anne[/name_u] of [name_u]Green[/name_u] Gables?’

My granddad John sadly died in 2019 aged 98. He was born, oddly enough, during the Spanish Flu pandemic on the 23rd of [name_u]November[/name_u] 1920. Despite our hopes (and my best efforts to get things moving) [name_u]Gilly[/name_u] missed his 100th birthday by a single day but I still wanted to honour their connection by including [name_m]John[/name_m] as a middle name.

Joseph is in honour of my other granddad who died when I was just six months old. It’s also coincidentally my husband’s middle name so it honours him too

What a beautiful little boy and a beautiful name! Thank you so much for sharing his birth. It’s such a joy.

Congratulations! What a beautiful and meaningful name

sending lots of health and happiness to your family

Congratulations! What a great name he has. He’s so lovely.

Congratulations on the birth of your beautiful boy! His name is wonderful!

It’s got to be around… five years ago now that I was modding. I stopped when I moved to [name_u]London[/name_u] to start my job and then my dad got Leukaemia so I just didn’t have the time that I’d had when living in Liverpool. The site looks so different now!

Oh my goodness, what an amazing name! And what a beautiful boy!

Congratulations on your beautiful baby boy and his wonderful name

Oh my gosh, what a little sweetheart! Congratulations!

Oh, he is gorgeous

What a great name too. [name_f]Welcome[/name_f] back and big congratulations!!

Congratulations! [name_f]Welcome[/name_f] back! Your son has a magnificent name! So meaningful and elegant.
Good luck with everything and stay safe.

Congratulations! He is so adorable and I love how meaningful his name is!

Congratulations! What a sweet name for your little boy. I love it.

How beautiful that [name_u]Gilly[/name_u] came into the world just the very next day after your grandpa’s passing. Mother nature brought one gift back home, and gave you a new one

Congratulations to you both

Congrats he’s such a little cutie

Congratulations!! [name_m]Gilbert[/name_m] is such a cute name and he looks adorable!

Congrats! What a lovely name for a lovely little child!

Congratulations! He is precious and so is his name!!