What do you guys think? What are some of the cool names, the quirky Hollywood names you love, etc. 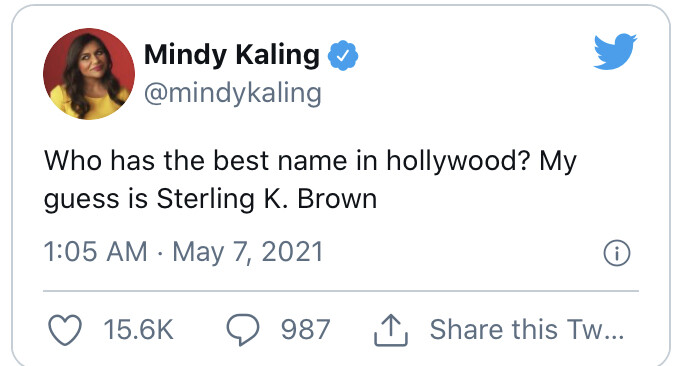 Sterling K. Brown has an amazing name! Some Hollywood names I think are also pretty cool

Idris Elba
Ansel Elgort
Angelina Jolie
Billie Lourd
Skandar Keynes (not really Hollywood per se, but he played Edmund in the Narnia movies. He’s the reason I love Skandar)
Willem Dafoe
Theo James
Amita Suman (also not Hollywood (yet!) but she stars in the new Netflix show Shadow and Bone)

People in Hollywood do seem to win the name lottery