Let me explain before you all start wondering why I wouldn’t name a living creature in my care.

Like many kids, my first pets were goldfish. I was like, 5 and excited about my first pets, so they all got named. About a year later, when one crossed the rainbow bridge, devastated little me immediately wanted another fish, so we went and got another, which I also named. And the pattern kept repeating. Child me came to the conclusion that giving the fish names was what was killing them. I have no idea why, but I decided I’d be given some kind of fishy naming curse, and so I stopped naming my fish. Which I guess must have seemed to have worked, or I never would have continued to not name my fish.

Of course, adult me realised that my childhood goldfish dying was nothing to do with their name’s, and everything to do with extremely poor husbandry & care. Now, as a much, much better educated aquatic owner, I think I’m finally ready to let go of my childhood superstitions. I’ve had my new boy for almost week now, and I can’t help feeling that he should have a name. And lets just say that not having names hasn’t exactly brought my last three betta’s any luck.
But I’m having trouble letting go. I’m so used to not naming fish that I literally can’t think of any for him. I’ve got this mental ​block, so I’m hoping you guys can help shift it!

Here’s my new boy! Sorry these pictures aren’t great, I’ll try and get better ones. He’s actually a brigher blue, and work of a pinky red that these make him look.

I prefer aquatic themed names for fish in general, but I’ve got a thing for Japanese names on betta’s.

I apologise for the essay, and thank anyone who offers suggestions

What a beautiful fish!

[name_m]Takumi[/name_m] is a Japanese name that drowning on the kanji chosen can mean “open ocean” which is pretty cool!

Hajime means “beginning,” which could be sweet given your new beginning after breaking your old superstition!

[name_m]Kaito[/name_m] means “sea” or “ocean,” which I think makes it a very fitting option!

These are just a few ideas I took from this search on Behind the Name. Obviously this is just a starting point but I hope it’s helpful!

I don’t know if I can help you, but if you feel that a name is missing, you should do it! You will enjoy the time you have with the fish more, and that is what life is about!

@Victory55
Thanks for the encouragement

For some reason, he’s the first fish that it actually feels wrong to not name. So I definitely think I’ll name him, its just a matter of finding the right name. 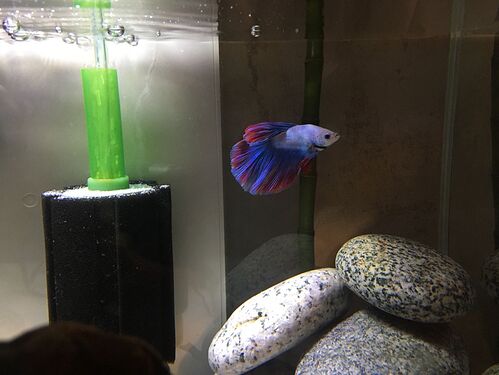 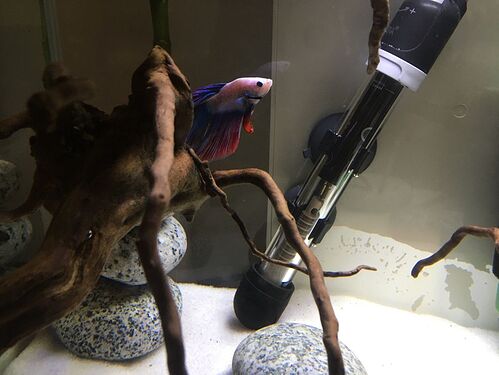 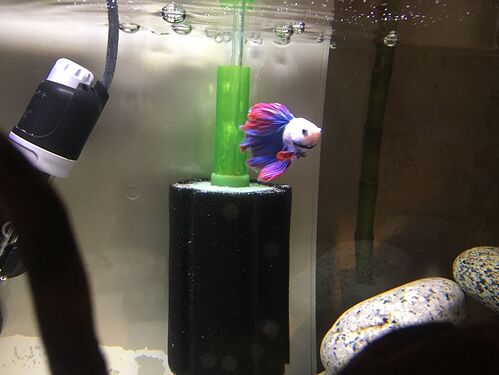 He’s started flaring at me today, so I’ll try and catch pics of him in the act!