TIL Thread ("Today I Learned…")

I thought it would be fun to have a “today I learned” thread.

It doesn’t even have to be something you learned today, but keep it recent.

Yesterday I learned something about freedom of travel before WWI. I knew part of this before, but I heard a talk on it, and was amazed by more details I hadn’t known:

So from about 110 years ago, in the 1910’s and for decades before that, most countries allowed free movement without passports, all the time, for everyone. To quote a speaker I like, someone could travel from [name_m]Germany[/name_m] to Mexico (by boat), cross Mexico, and travel up to [name_u]California[/name_u] (by boat) for gold mining, then, travel back home to [name_m]Germany[/name_m] via Mexico, without presenting any identification documents, declaring any gold gained, or even declaring anything, including weapons. This was the normal experience of people around the globe, and if you read books set in this period, and pay attention to how they travel, there was a tremendous amount of freedom and almost no bureaucracy.

I knew this about immigration to the US, which was pretty much unlimited till the 1880’s, and then only slightly limited until around WWI in the 1910’s, under the presidency of [name_m]Woodrow[/name_m] [name_m]Wilson[/name_m], who was anti-immigrant. What I’d missed, somehow, was how free it was pretty much everywhere around the earth.

And for much of the middle ages, peasants had freedom of movement in continental Europe when nobles did not, with nobles often vying to attract peasants. There were economic factors that could tie a person to a place, but not bureaucratic ones.

Today I learned that there were 128 baby boys named [name_u]Messiah[/name_u] born in Illinois in 2019. I had no clue it was such a popular name! It was also the 112th most popular boy name in Illinois, compared to the 193rd most popular in the whole US!

Vinegar pie was typically made with apple cider vinegar from a harvest!

That I knew! It’s such a colorful name.

Yesterday I learned that a group of ravens is called an “unkindness.”

Yesterday I learnt what “ultimately” means

Today I re-learned that Pinterest has the best memes.

Today I learned that I can talk to my mother just about as easily as I can to my dad. I think the difference depends on me and my attitude, not on them.

I learnt something really cool about the development of the romance languages!

If you’re not listening to the [name_m]History[/name_m] of [name_f]English[/name_f] podcast, you’d love it. He talks in detail about this stuff and so much more, starting from the dawn of Indo-European. Each episode is very interesting.

Crazy, eh. I had no connection to [name_f]Diana[/name_f] growing up, and it always mystified me that in the UK she was so beloved. But having watched this season of the Crown, it makes much more sense. Not so much turning her into a rockstar type idol, but having compassion for her caught in a horrible situation.

That was Alcuin, eh?

That’s the one! I’m terrible with names, and googling “[name_f]English[/name_f] guy who reformed Latin pronunciation” didn’t seem like the way to go.

the History of English podcast,

Today I learned about liminal spaces! Well, I’ve always known what they were, but just learned the proper name for them and the fact that there’s this whole aesthetic built around them. A lot of pics of liminal spaces feel vaguely familiar like I’ve seen them in a dream before or sometime waaaay back in my memory. It’s so weird. 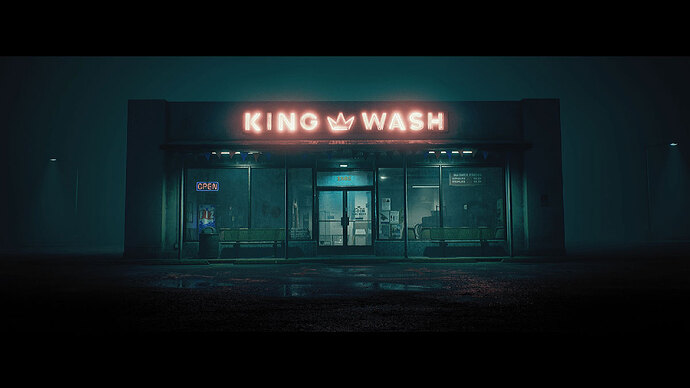 Why Do Liminal Spaces Feel Like An Altered Reality?

Picture this. The nearest clock strikes midnight, and you find yourself in the parking lot of an abandoned K-Mart, underneath the only lamp post that isn’t flickering. The store’s lot is full of potholes and cracks, all of which extend towards the...

I loooove liminal spaces!! I did a whole presentation on them in high school.