Any Autistic/Disabled Mothers On Here?

Hello, just wanted to know really if any mothers on here have autism or a disability. I have autism, dyspraxia and dyscalculia, I was diagnosed autistic at 7 years old, diagnosed dyspraxic at 13 years old and diagnosed dyscalculic at 16 years old, I also had and still struggle with selective mutism. [name_f]My[/name_f] son is 7 years old and has autism and tourettes. I thought this thread could be a safe space for us autistic/disabled parents could talk, get some advice, etc. So yeah

I’m autistic, and I have 3 fur daughters. A dog and two guinea pigs.

Hi, I love dogs and guinea pigs. What are their names?

(you don’t have to share if it is too personal)

Not a mother yet, can I join… years later?

joining in on the autistic with a fur baby, the cutest most pompous shepherd mix in existence in my humble opinion.

but also worried about having tiny humans of my own. not the best genes in town, could i handle it? especially on the high chances of them having a disability of their own?

Not a mother just yet, but I’ll definitely be watching this thread! I have dyspraxia and possibly autism (some doctors say I do, some say I don’t… I say I don’t but

but also worried about having tiny humans of my own. not the best genes in town, could i handle it? especially on the high chances of them having a disability of their own?

I’m also worried about that

I just… don’t want to give my child my not-so-good genes.

Not I, but my husband has a TBI (traumatic brain injury). His injury is on the occipital and temporal lobes. Most people are surprised to learn that he has brain damage, because he’s completely independent and there is little evidence of his struggles on a day to day basis.

His main struggle is memory loss. There are huge gaps in his long term memory and in general, remembering things is a “different” experience for him. Sounds and images can confuse him when he tries to remember something that just happened. He also has cuts on his visual field, so he’s not permitted to drive. This is like looking at a whole landscape, but only being able to see it in fractions, rather than connecting them as a single picture. Then there’s the seizures, which he controls with medication and a lot of patience.

Persons with injuries like his often suffer from mood swings and struggle with their most intense emotions, but that hasn’t been the case for him. If anything, I think he became even calmer and more patient after the injury (we’ve known each other since we were 10).

We aren’t sure if his journey as a father will be significantly impacted by the injury. There will be moments when we’re sure our children will notice that something is a little off with their dad, but that’s true for every child who grows up and discover no parent is perfect. I’m sure I will look a little off to them too, for different reasons.

I know the fear. I want to give you my very honest advice, people will tell you or make comments about you having children because you have a disability, I had someone say that I was selfish because I am disabled and have child and I want more but the truth is, anyone could have disabled children, my parents have no history of autism or disability in the family yet, they have five autistic children and it wasn’t known until the youngest (me) was already born. A lot of autistic/disabled people live great lives and even though there are struggles, you can understand those and help your child to find strategies. I found it hard when my child was diagnosed at first especially since he has Tourette’s and I didn’t know much about it, however, I think the best thing about me and my son both having autism/disability is that I can understand him because of it, I honestly think that if I had a neurotypical child, I would not understand or relate to them that much. I don’t know if it is just disability you are worried about your child getting but just so you know, I think it is great that you already have experience being autistic yourself because a lot of parents to autistic children just don’t understand. At the end of the day, it is your life and no one knows the future so just do whatever you think is best and most importantly, whatever makes you happy. And if you have a child/children, love them no matter what

Sounds like you and your husband have a lot of love and a great connection. I am sure you guys will be amazing parents

I know it isn’t uncommon, though diagnosis can be hard but I only know two other people with dyspraxia, nice to meet you

My dad has schizophrenia, and I never knew that until a week ago. I knew that something was different with him, both from some of his actions and drugs he have to use.
But he’s a great father! Nothing is different than other father-child relationships. He’s loving and caring to us. [name_m]Just[/name_m] like most other fathers

I know that some things are different with him, but this doesn’t really effect his journey as a father.
I hope your kids and husband will have a good relationship too

Idk if I should post this because I go back & forth on if I’m disabled. I feel like I’m not, but then I have a huge downswing (I can’t be off meds) and then I really am. I’m joining on the I’m not a mom but I really want to be! severe ocd & possible tourette’s (undecided bc doctors have different opinions lmao), plus a couple other comorbid disorders. also have endometriosis which in my case was disabling (I now have correct treatment for it luckily.)

I am also on the ‘should I have bio kids’ ? train. I really think that I will for the reasons you listed. but I also don’t know if my issues are hereditary.

@lauraineamy I just wanted to chime in & say that I have a dad with MS & he has some similar symptoms as your husband & we’re ok! It can be hard at times, mostly because he can’t do certain things (he has a lot of mobility issues) but he’s my dad. I definitely wouldn’t trade him lol. I’m sure since your children will grow up with it too (his was sudden onset when I was 8) they will be fine! He’s caring, that’s what matters most.

@Aren @lucyxo @penelope_lynson Not sure where you guys live or if you can access this but this article may be helpful https://www.theguardian.com/lifeandstyle/2017/apr/15/women-autistic-mothers-undiagnosed-children

@auroracallista [name_m]Hi[/name_m], my sister has ocd and I met the criteria as a child, it definitely isn’t fun, I also have another sister with endometriosis which was very difficult for her to deal with and was not fun to watch her go through. Not sure if you can access it or not but maybe these two links could be helpful 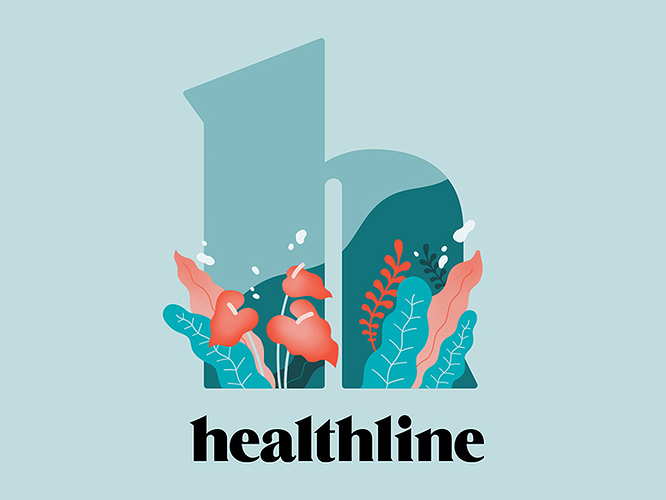 How I Navigate Endometriosis and Motherhood

Sometimes endometriosis prevents me from being the mother I want to be, but there are silver linings.

thank you so much for your kind words and that article, truly

I certainly don’t fit the bill, but I have 2 diagnosed grandchildren with various disabilities and looking back 2 children will mild disabilities (Not diagnosed) but picked up due to comparision with the grandies. I think this is a great place and a brilliant idea for young mums (human or fur babies) and young teens. and maybe people like me. Seeing other people’s experiences can only help all of us.

I’m currently autistic and while I have no children it makes me happy knowing you guys have made it work out! I think it’s hard to even imagine urself with children or a partner! But there’s hope and for me it makes me happy to know there’s a strong community here!