I just got my husband to agree to another puppy!

In a year or two.

We want to get a girl, another border collie. (Part of the reason for the delay is so we give [name_u]Stanley[/name_u] time to mature before he’s fixed and also time to settle down.) We’re not sure of coloring or anything like that, but I’ll probably be looking out for a tricolor, a merle, or a red/white. That said, we might end up with another black/white border collie like [name_u]Stanley[/name_u].

But what to call her?

I want a name that goes well with [name_u]Stanley[/name_u] (and [name_m]Philip[/name_m], our fish–we have a whole vibe that I don’t even like lol!) but also is something I actually like. For dogs, I prefer names that either relate to something I really enjoy or more traditional border collie/farm dog/etc. names. 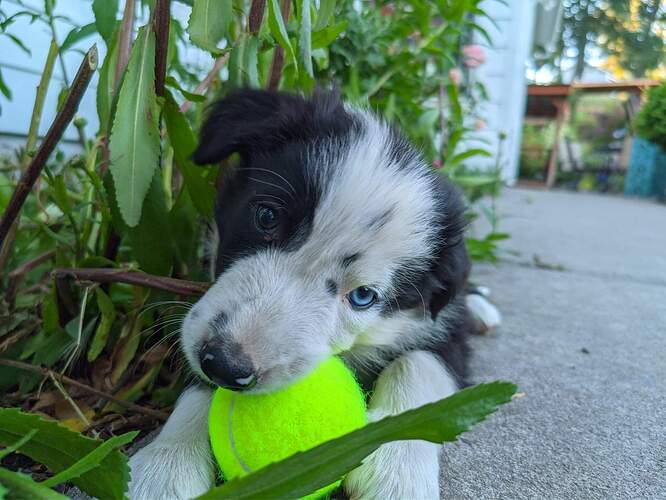 Baby Stanley is so adorable!

I’m just leaning into the Jane Austen thing here…what about Cassandra / Cassie, Pemberley, Darcy, Bennet / Bennie, or Dash as in Dashwood? (Bingley is high on my list of future dog names!)

Oh, I didn’t even know that was a thing! I’m not a hockey person. I’m a How To Train Your Dragon nerd, lol.

I have a female friend named [name_u]Austen[/name_u]! I consider the -en spelling to be the feminine variation of [name_u]Austin[/name_u].

Maybe [name_f]Eliza[/name_f]? I had a border collie mix named Tinsel, so I’ll throw that out too. And I’m very keen on the name Ladybug for girl dogs.