Introducing the latest additions to my animal family, the long awaited arrival of two skinny pigs! Skinny pigs are a hairless breed of guinea pig, only featuring hair on their nose and feet. So they may look weird if you haven’t seen them before, but they literally are just guinea pigs.

First up; a boar! He’s an absolute chunk. More pics in the preview below. 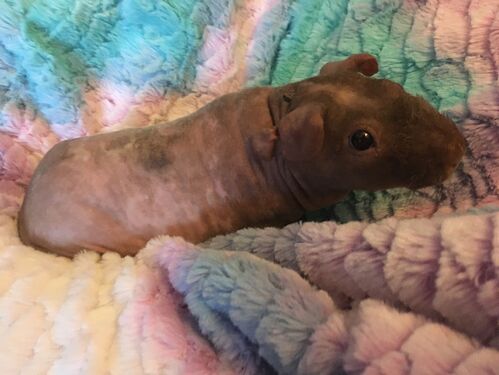 And secondly: a sow! She’s a dainty little thing, despite being an absolute foodie! More pics in the preview below. 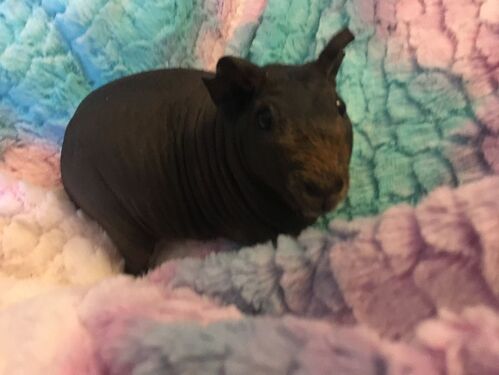 I have no idea what direction I want to go in with names, as

[name_f]My[/name_f] other sows have unusual/rare names ending with A. It’s not an exact them, so I’m not set on sticking to it. [name_f]My[/name_f] boars names are kind of random. I’ve thought of a few names that kind of suit them, but nothings stuck yet.

I would appreciate any suggestions! I’m also still looking for a name for my betta fish, who’s thread can be found here

Thank you the everyone for the suggestions so far!

I’m sorry I don’t have any suggestions right now, but I couldn’t go without saying they’re so cute and [name_m]Romeo[/name_m] & [name_u]Florence[/name_u] (Ro & Flo!) would be sweet