Which should be the middle sister of Alette and Luca?

I think it’s fine so long as she goes by a nickname. [name_f]My[/name_f] only question is: was she named that before HP came out? If not, why did her parents name her that?

What should I rename the MC of my lighthearted summer camp story? Her name is currently Hadiya “Diya”. She is introverted, a little blunt, and feels that her intelligence is the most likable part about her. She is black, Muslim, and wears huge eyeglasses.

I need a name for a character’s dog. The puppy is a brown/chocolate color. The two names I’m considering are Lucy and Winnie. Vivienne is the character, she goes by Vivi.

The house/duchy symbols should be…

[name_f]My[/name_f] vote is mostly based on the fact that someone else likes kelpies! I love them so much and people never talk about them! Kelpies and selkies, such wasted opportunity.

Starting a new story, it’s set in a modern-day American high school. Is it too expected/stereotypical for one character’s bullying, semi-violent, a$$hole boyfriend to be on the football team?

(Football isn’t part of the plot, but I want him to be popular and very strong so football feels like a natural connection between the two?)

What about another sport like Baseball or Baskeball instead. Violent jock who plays football is a bit of a stereotype.

What should be his name?

He is a actor, comedian, writer, and producer, who is known for his improvisation skills and wacky energetic slapstick performance. He first appeared in the 1970s while performing at Second City.

Choosing the 6 duchy/nobility house symbols (tho you don’t have to pick 6, just choose the ones you think are cool)

Which comedian would Jeffrey frequently paired up with?

He is a actor, comedian, writer, and producer, who is known for his improvisation skills and wacky energetic slapstick performance. He first appeared in the 1970s while performing at Second City.

What should be their names?

Character #1
Description: The character is a twelve year old boy, he has light brown hair, fair skin and a big pointy nose. He is tall and is overweight with a enormously fat belly. He wears a buttoned down shirt with a t-shirt and shorts.

He is a overweight optimistic, down to earth and nice twelve year old boy who is a friend of Character # 1. He likes to draw pictures and read online comics, as well as building things with legos and also a fan of the sci-fi and superhero genre. He is friends with Character #2 and is rarely seen without her cause they always doing things and going on adventures together, they sometimes buttheads with each other at times but they support each other and look out for each other.

Description: The character is a twelve year old girl, she has short black hair with fair skin. She is short and is slender. She wears a no sleeved shirt and blue skirts.

She is a tomboyish, kind, cool, friendly, smart, independent, and witty girl who is friends with Character #1.

Should the character be British or just American?

Lauren/Laura is a twelve-year-old girl who is the unofficial leader of her group of friends Oliver, Justin, Peter, Barry, and Miranda, and is the voice of reason and the most mature and serious in the group. She likes to be in charge and to keep her friends in line when things go wrong or get out of hand, but she is helpful to them whenever they needed. She is a good at coming up with the plans and solving problems. Furthermore, she is nice, kind, smart, rational, down to earth, practical, strong, intelligent, assertive, clever, levelheaded, brave, confident, serious, easygoing, loyal, straightforward, independent, wise, witty and sarcastic though she can be also a bit mean, bossy, cynical, critical, pessimistic, moody, selfish, stubborn and blunt at times, she is also known to have a short-tempered and can overreact to every little thing that goes wrong. While she thinks she’s above her friends’ immature behavior, but she can act like them. She has a love of books and likes to quote them whenever she’s trying to prove a point. She also a part of the volleyball team at her middle school.

so i’m trying to figure some things about a character’s family! the character in question is frost.

they give off serious younger / middle sibling vibes, and i feel like they have two other siblings.

first, vote on where frost should fit in their siblings:

vote for brothers for frost…

let me know if you have any thoughts or suggestions!

What to name him??
Words to describe him would be kind, happy, loyal, romantic, trusting, honest, friendly, carefree, enduring, positive, accepting, stuff along those lines!!

This is how I picture him! I do not own these images; I just found them on pinterest. 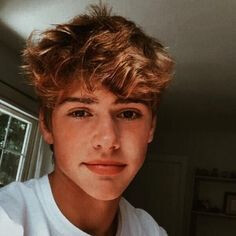 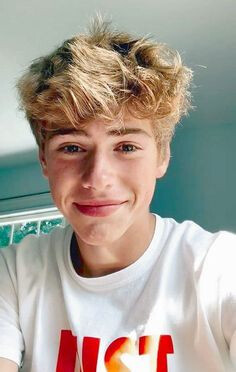 Which do you like best? Hart is her last name btw

If I were to put them in, where and when should I include them?

What information would you as a reader want to see in them?

Does Genevieve nn. Eve/Evie make sense for this character?
Genevieve is an 11-year-old. She’s shy, but has two best friends, who she is extremely close with. She would have been born around 2010.